The next best musical sensation just might be a forest dragon lizard! Aditya Permana is a professional photographer based in Yogyakarta, Indonesia. Recently, while out exploring the lush forests he came across a rather adorable dragon lizard playing leaf guitar, or at least that’s what it looks like. The lizard was actually motionless as he held the leaf, but he still looks like a natural musician. 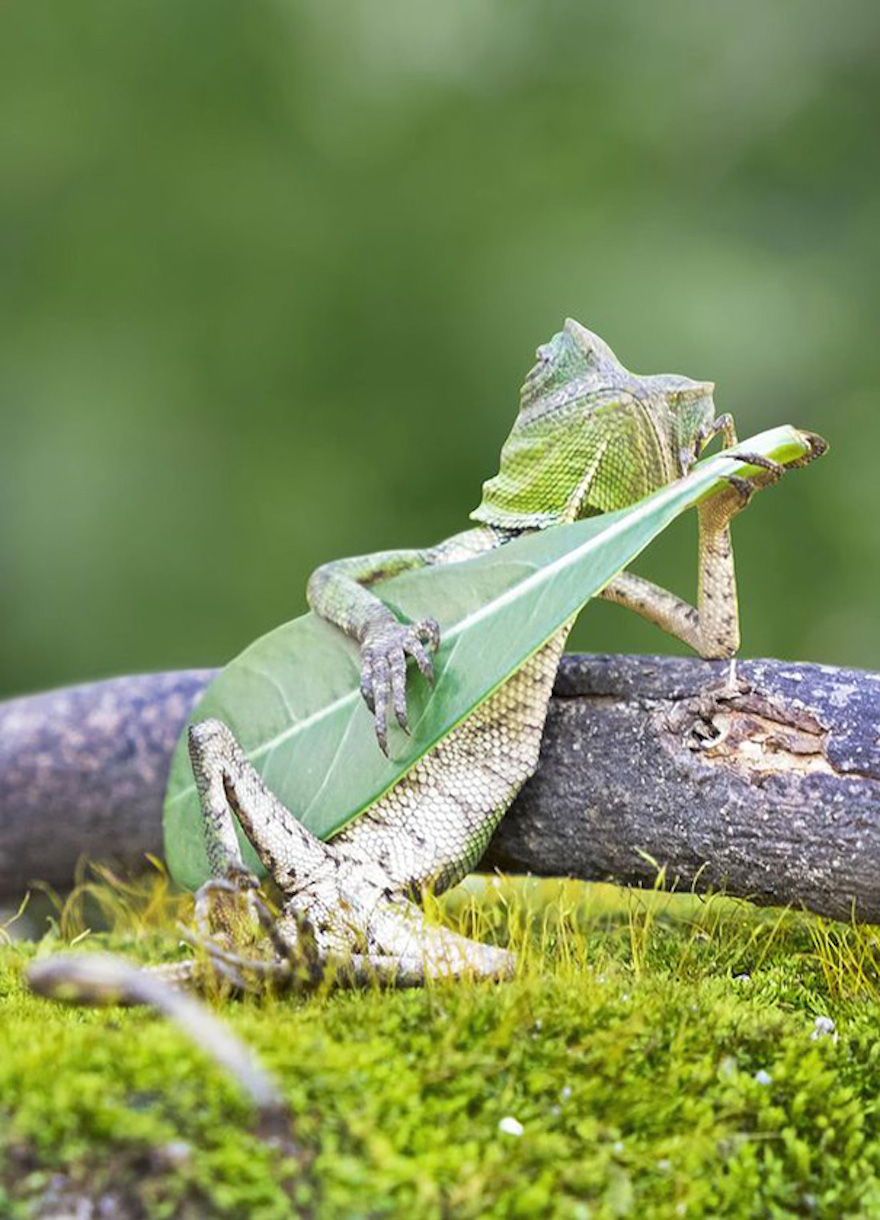 While some people are bashing Permana for moving the lizard like this, and potentially even harming him in the process, Permana insists this is not true. We most certainly hope it is not, and according to Permana it isn’t. He says that he never moves, alters or does anything to force wild animals into any poses, this lizard included.

Permana claims he watched the lizard move into this position all on his own, holding a leaf like a guitar slung across his body. Permana observed the lizard for a solid hour before the lizard moved into his rock star pose, imitating a human playing a guitar.

In an interview with the Dailymail, Permana explained that he never physically interferes with the lizards, instead he allows them to feel comfortable and act naturally, allowing for the best photographs of all. Permana said, “I did not directly photograph the lizard at first, until the lizards feel calm and comfortable around me. I noticed it looked like it was playing a guitar – and it didn’t move at all.”

Readers on sites have accused Permana of drugging or killing the lizard, since this is not the most natural position to find a lizard kicking back in. Permana has responded to these accusations saying, “Come here to Indonesia…. I’ll show what he is doing right now…”

Others defend Permana, saying he has other action shots of the lizard that prove he is alive and well. As for the rumors surrounding the validity of this photo, we will let you decide. 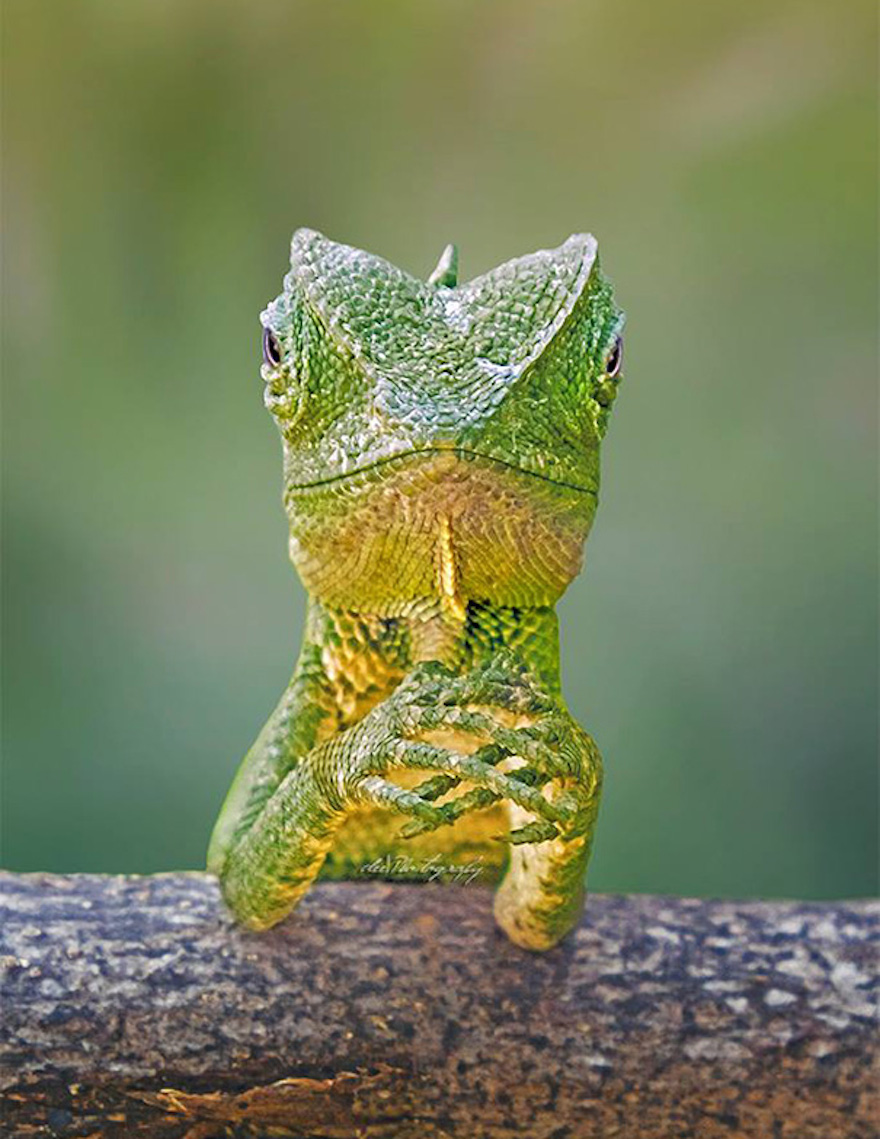 Permana has a lot of other wildlife photos, albeit just as cool his photos don’t typically include wildlife acting like humans. Another example of his photography is this adorable dude going after a delicious fly! 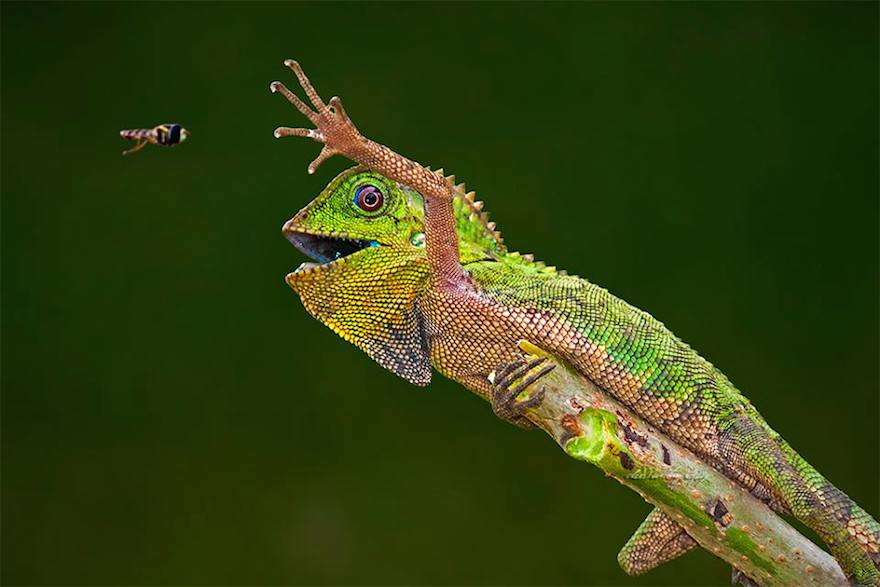