This Man Wore A Dress To His Best Friend’s Funeral. When You See Why, Your Heart Will Break.

No one would ever consider a lime green dress as a proper funeral attire, yet that is exactly what Barry Delaney chose to put on before he bid his friend a final farewell. 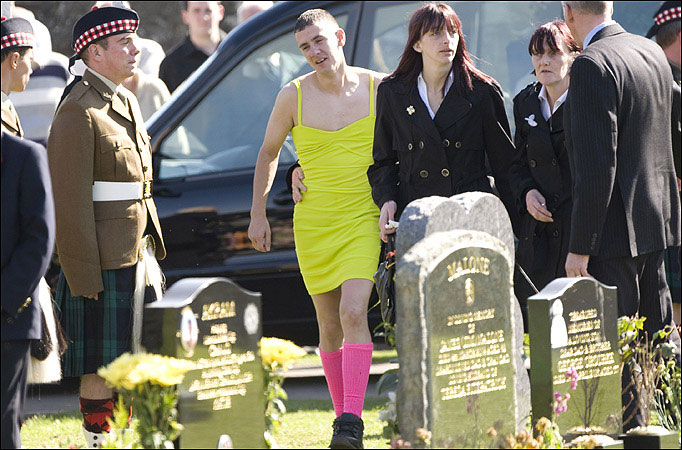 Three years ago Delaney and his best friend, Kevin Elliot, made a pact that whoever died first, the other one would wear a bright dress to his funeral. Little did they know that the day would come sooner than they thought. It was announced that Kevin’s military unit was being deployed to Afghanistan, and soon after, his family received the dreaded news – Private Elliott (24), from the Black Watch, was killed while on foot patrol in the Babaji District of Helmand province in Afghanistan. Berry did what any bro would do and honored the pledge he made to his friend. 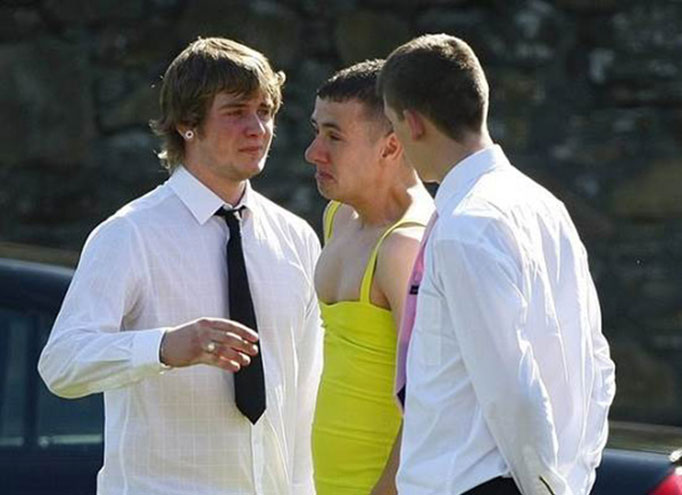 In a statement for Daily Record newspaper, he said:

“We said that whoever died first, the other one had to wear a pink dress with green spots to the funeral – and we shook on it. It was mainly his idea and the more I think about it, I’m sure Kevin knew something was going to happen.”

On the day of the burial, Barry left the usual suit and tie aside and squeezed into a tight neon dress and pink socks, not even pausing to consider what others might think. 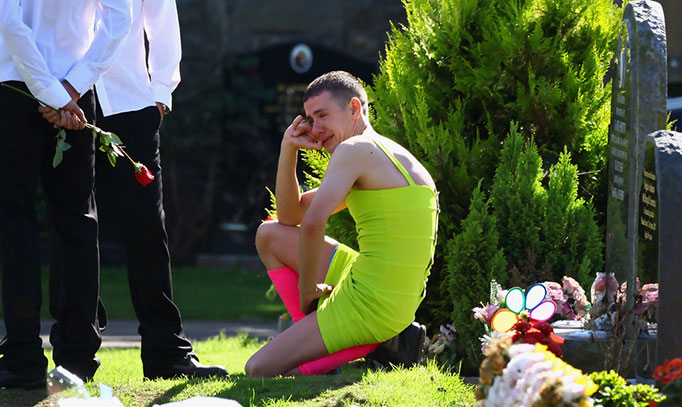 As he knelt down at Kevin’s graveside to ask him if he liked the color of his dress, he broke down in tears realizing that his best friend was gone and that they couldn’t share a laugh about how inappropriate Barry looked in his dress. But even so, Barry said that his funeral attire was “What Kev would have wanted” and that his best pal died and gave his life as “a true hero.” 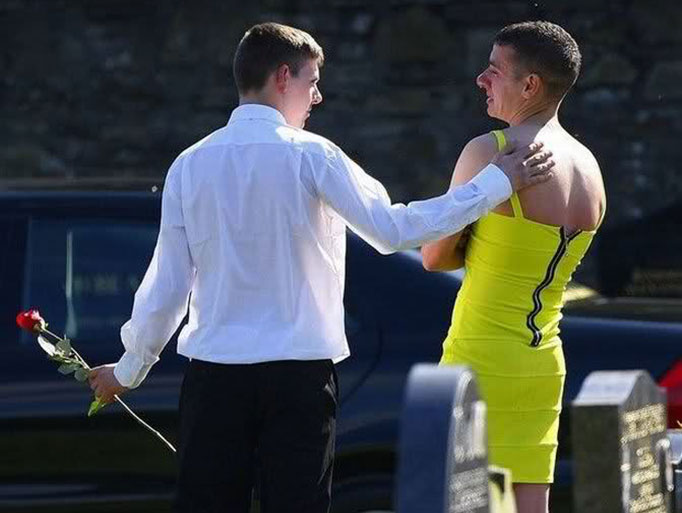 Hundreds of mourners attended Pte Elliott`s funeral in St Mary’s Church in Dundee. He was laid to rest at Barnhill Cemetery where shots were fired at the graveside as part of the traditional military funeral.