His wife Jeay Feak dies from cancer, but Rory and their baby daughter Indiana have done what they could to not let their grief paralyze them.
Now, Rory is focused on raising their daughter with theJoey’s spirit in mind. He knows that, while he has big shoes to fill, Joey is guiding him through single parenthood.
But the father has more than just single parenthood to face: He must face all the people who claim that his daughter, who was Down syndrome, was a “mistake.” To this day, many are convinced that children like Indy would have no chance to lead a “normal” life.
But Rory knows that they are wrong.
Scroll down to read exactly what the proud dad has to say… 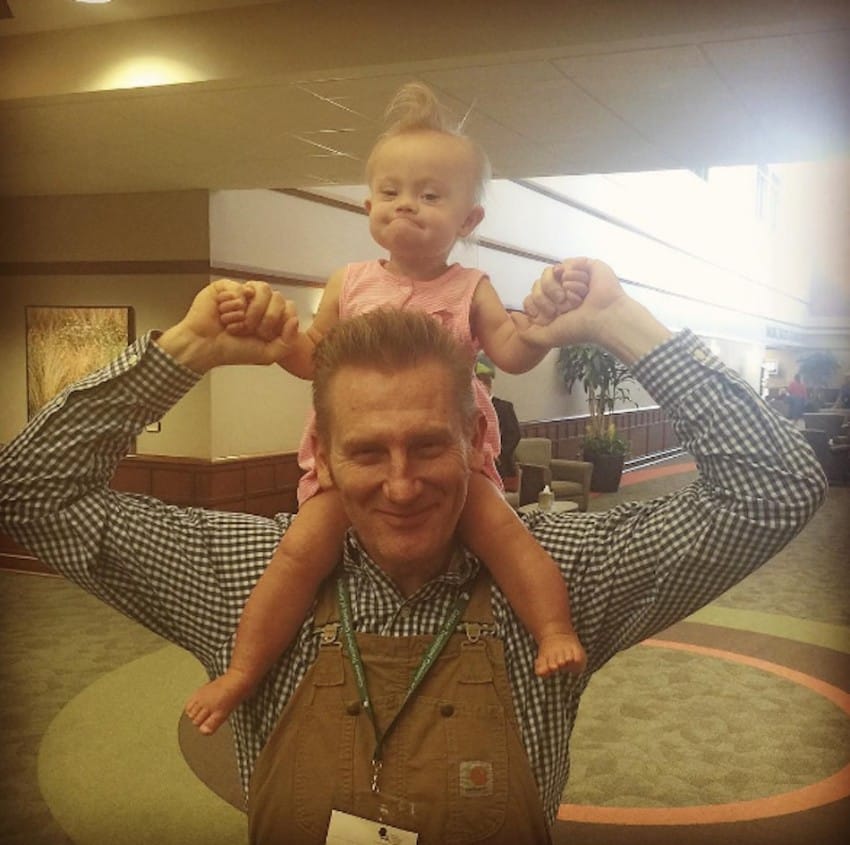 “God doesn’t make mistakes.
“Indiana is not less than any other child. Different is not less. Having down-syndrome doesn’t make her life any less meaningful than someone else’s or her dreams or feelings any less important. Not as a child and I suspect, not in the years to come when she grows to be an adult.” 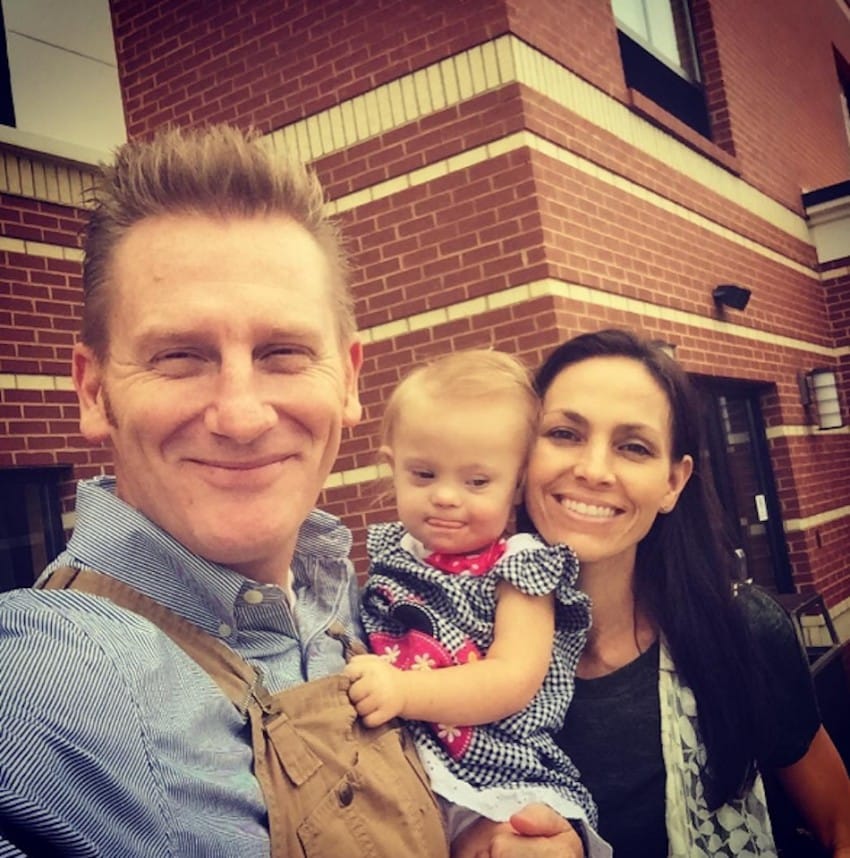 “Joey and I have since met many many kids and babies with down-syndrome and other special needs. I’ve had the blessing of seeing lots of them at Indiana’s school High Hopes in the past few months alone, and they aren’t less. None of them are. Like typical kids, they come in all shapes and sizes. Some learn faster, some slower. Some are silent and some vocal. Some crawl and walk earlier than others and some, like Indy…take their time. But they are all beautiful. All gifts from heaven above.” 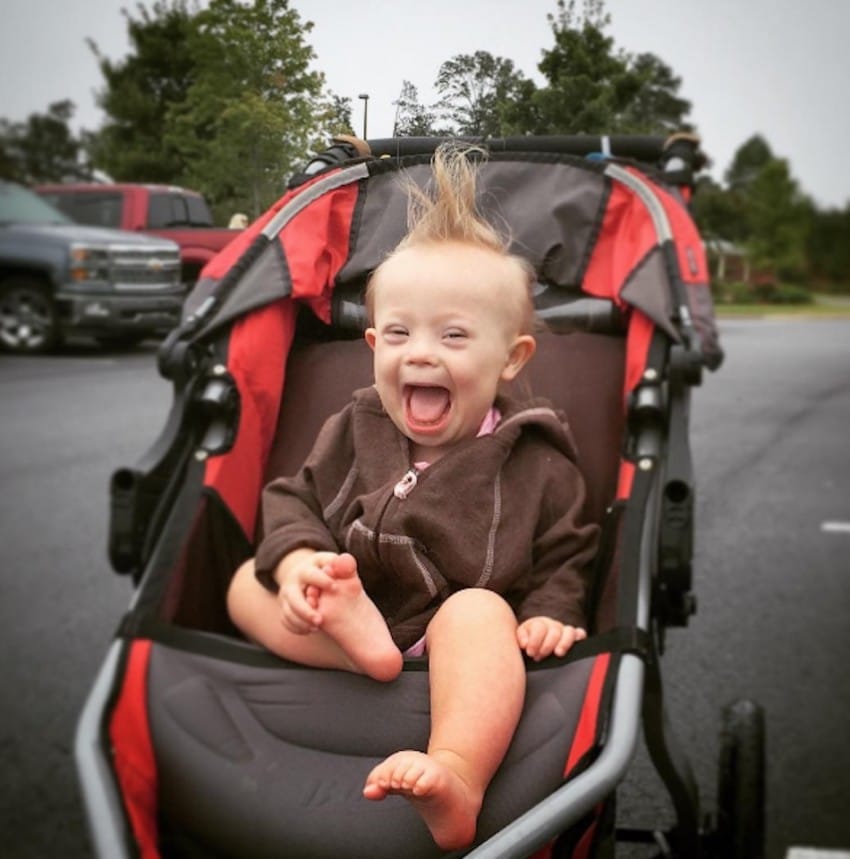 “Over the past couple of years Joey and I have heard the statistics, and they broke our hearts. They still break mine. That somewhere between 70 – 90% of pregnant mother’s that get tested and learn that their unborn child has down-syndrome abort the baby. I get it though.

“The world has told us that they are less. A mistake. But I don’t believe they are. At least I know Indiana’s not. When she was born, Joey and I said, ‘this is the child God wants us to have’, and we believed it. And we were right.

“I can not imagine Joey not having those two years to be a mama to Indiana and get to experience the love and happiness that Indy brought to her. God knew that. He made it so. It was His gift to her. Like Indy is my gift now. She is the smile on the face of father who should be crying. She is the joy in the life of a family that should be filled with sadness.” 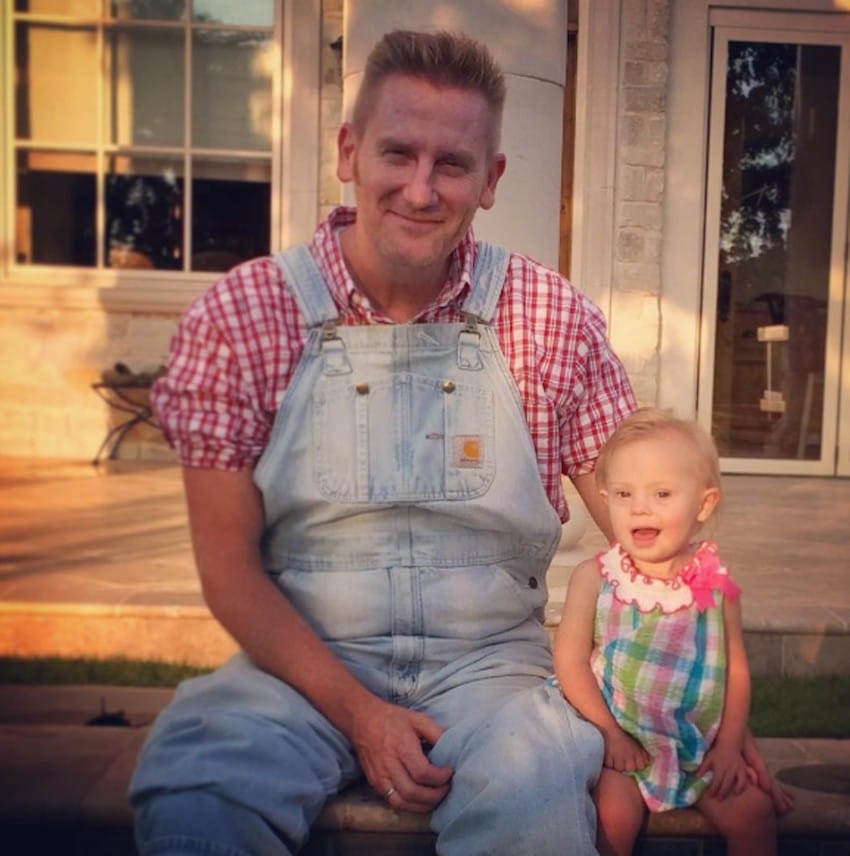 “[…] And you also see a baby born near the beginning that is not the child we expected. But by the end, you – like us – realize that she’s not less. She’s more. More wonderful and more precious and even more important to our lives and story than we expected. […]“ 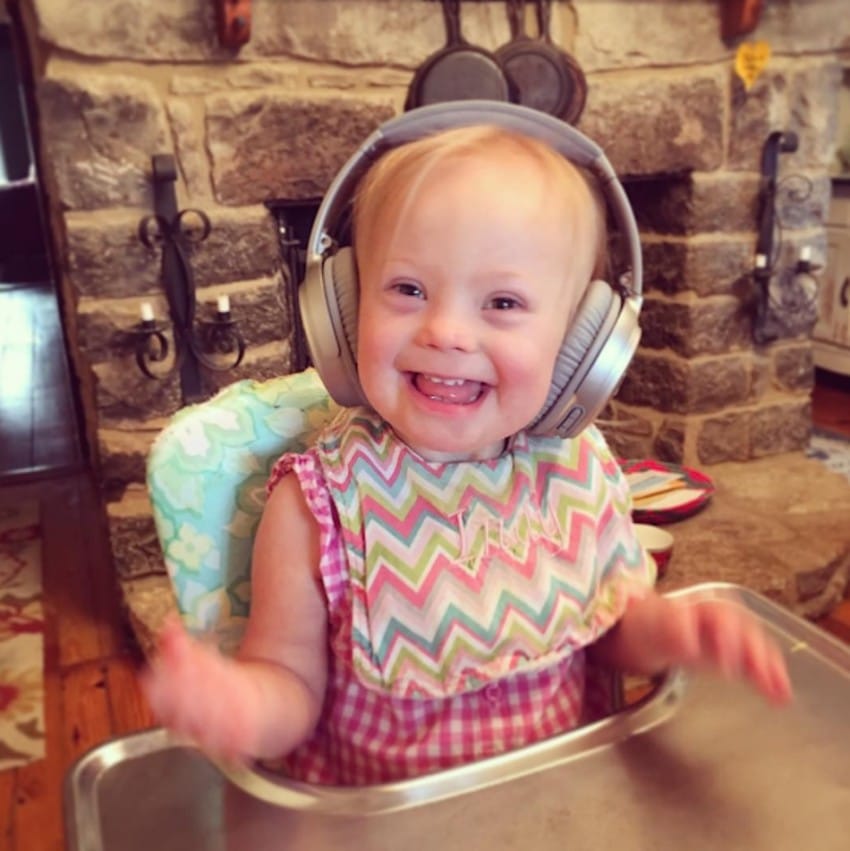