I Noticed This Small Dot On Google Maps. Then I Zoomed In And …OMG

Back in 1989, when the USA Flight 772 exploded and crashed into the scorching sand of the Saharan desert, the families and friends of 170 passengers and crew members were left in shock. 18 years later, they gathered to build an impressive monument in their honor, a monument so epic, you can’t really appreciate its awesomeness until you view it from the sky… 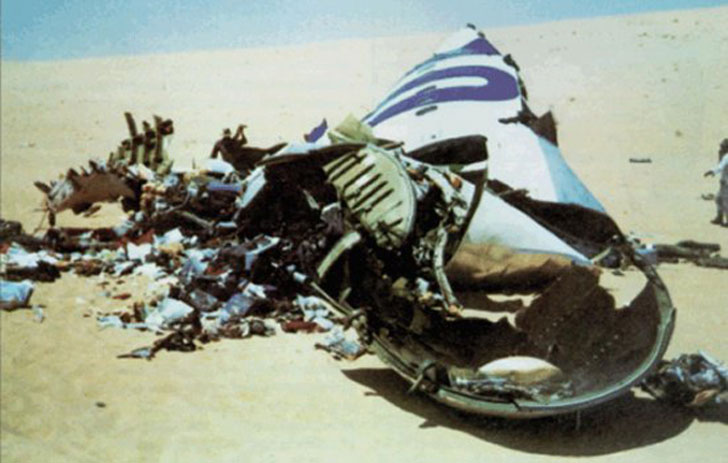 Six Libyan terrorists boarded the plane and using a suitcase bomb crashed it in one of the driest, the most remote places in the world. Even now, the wreckage can still be found in the exact same place, half buried into the sand. 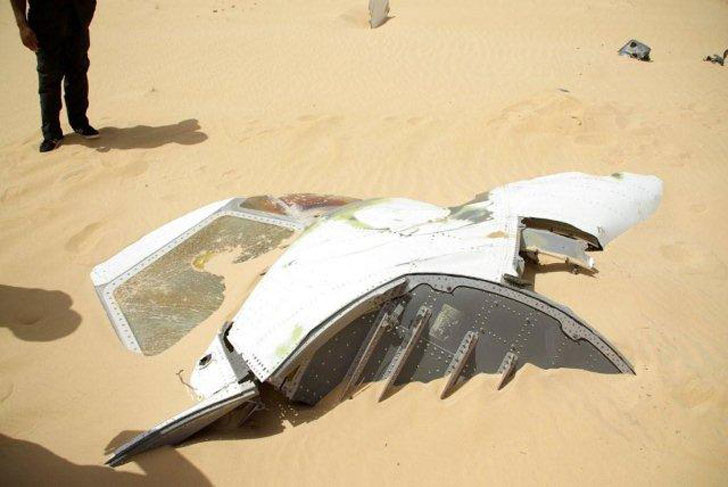 In May of ’07, the families of those who perished began the construction of what would become the most incredible tribute we’ve seen. Dozens of trucks began hauling in countless loads of black stone to the site and then began a herculean task of laying every single stone by hand first in a huge 200-foot diameter circle and then filling it in. 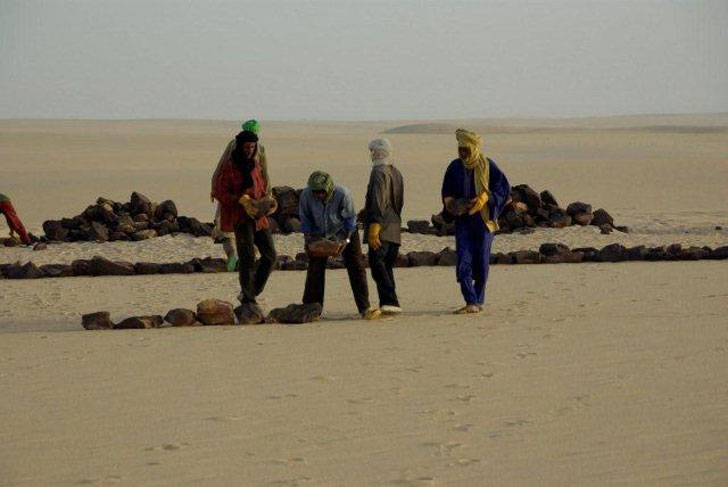 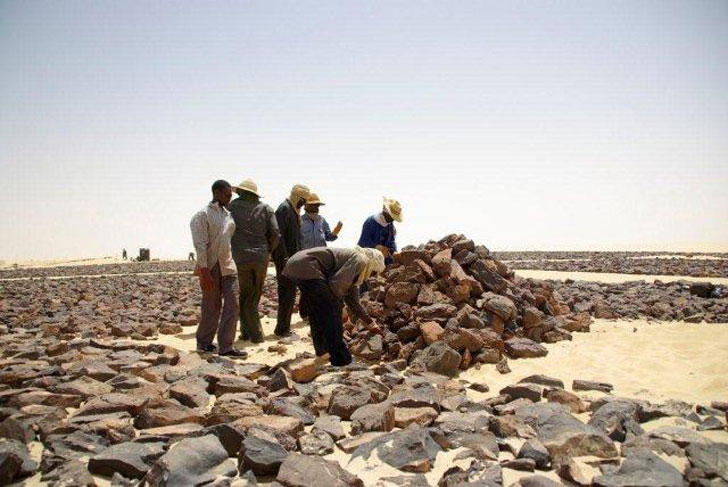 Foot by foot and stone by stone, a carefully planned image began to emerge from the blackness. 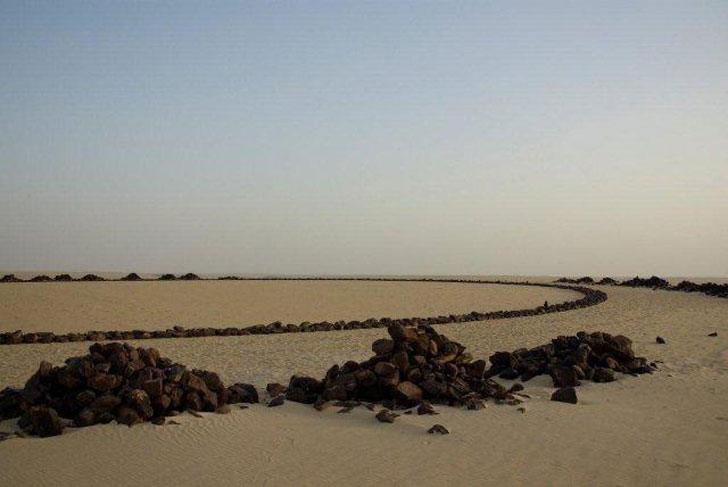 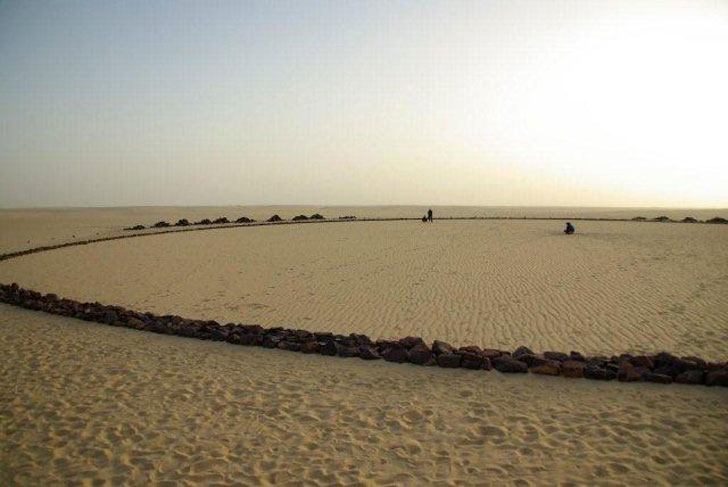 In the meantime, 170 broken mirrors were placed along the circumference of the gigantic memorial, one for every life lost on that flight. 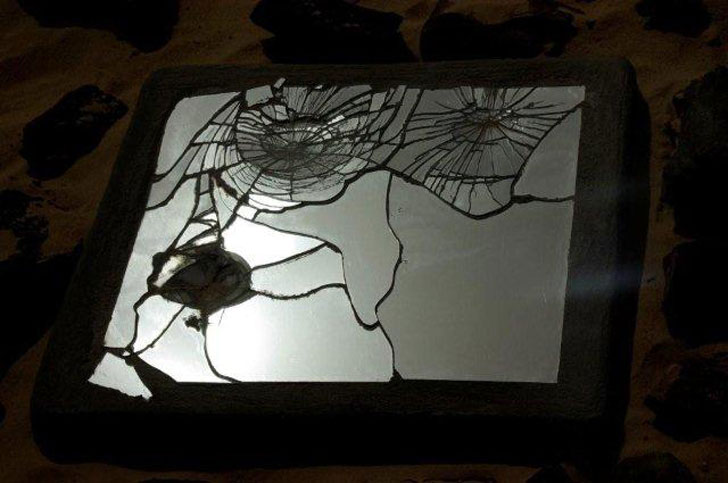 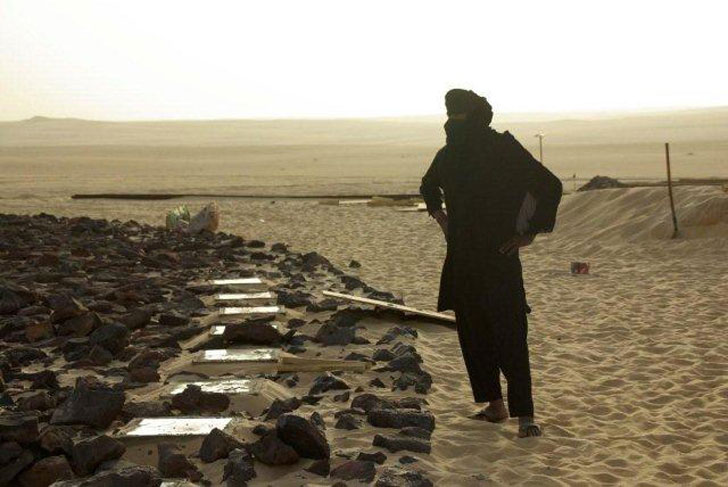 2 months into the build, thanks partly to a multimillion dollar compensation by the Libyan government, a plaque with names of every victim was anchored to a wing of the plane and then raised like a modern day obelisk. 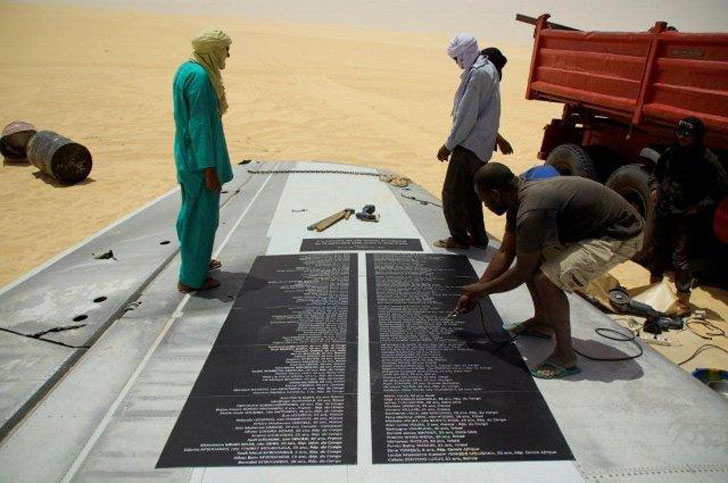 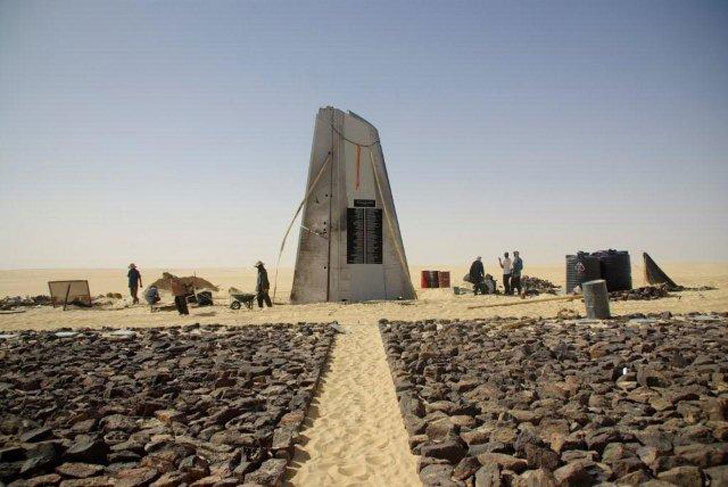 With no higher ground in the area, one can only admire the dedication and effort invested into making of the memorial, but it wasn’t meant to be seen from the ground level. If you ever fly above it or visit its location on Google maps (16°51′53.748″N 11°57′13.362″E), you will see a haunting image, a seemingly small dot in the vastness of Sahara. You can see it on Google Earth and Google Maps here. 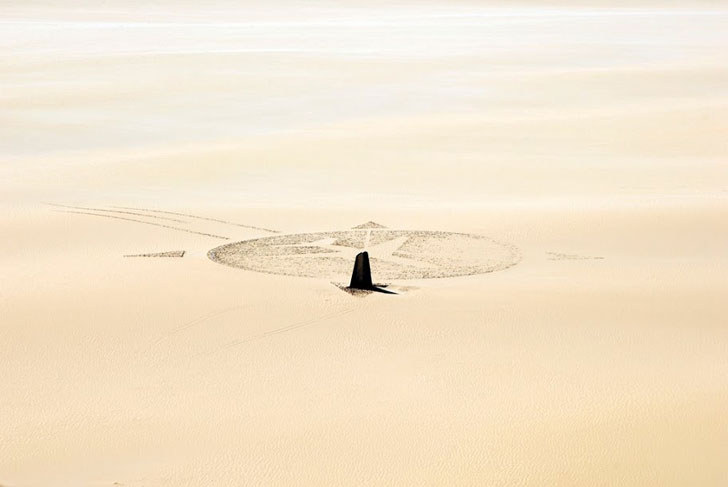 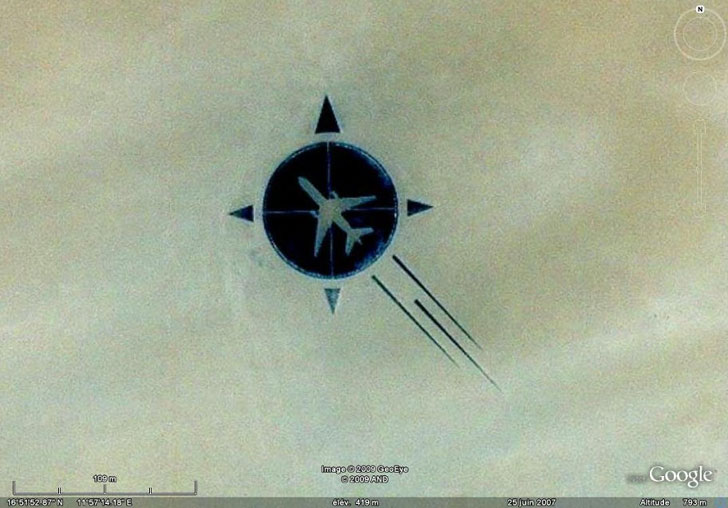 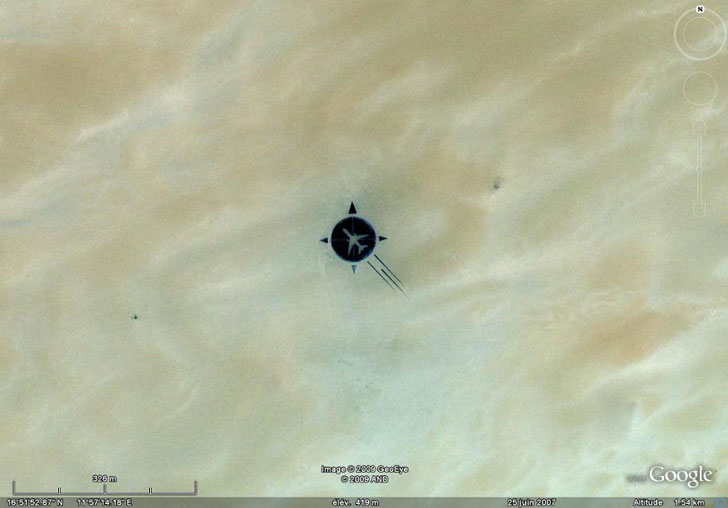 Inside a circle, painted black by meticulously hand placed rocks, a silhouette of a plane that crashed there 25 years ago, pointing to the exact direction it was heading that day, like a permanent imprint into the Earth’s crust itself.