Scientists Have Finally Uncovered Whats Underneath The Easter Island Heads, and it is Shocking

The 887 Easter Island statues, called Moai, have dotted the Chilean Polynesian island since 1250 C.E. At 82-tons, the tallest of them reaches an impressive 33-feet high. A large grouping is located on the Rano Raraku quarry, but several hundred Maoi dot the island’s perimeter. Built by the native Polynesian Rapa Nui people, many of the statues were topped during times of civil unrest in the 1700s. According to researcher Martin Gray, “To the people who erected and used them, they were actual repositories of sacred spirit. Carved stone and wooden objects in ancient Polynesian religions, when properly fashioned and ritually prepared, were believed to be charged by a magical spiritual essence called mana.” 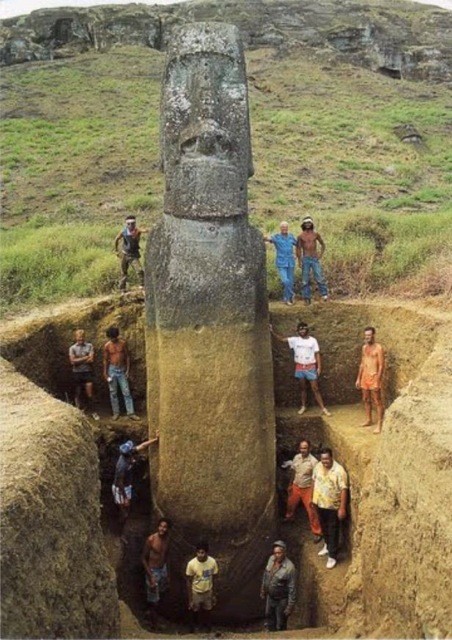 Part of the lasting historic impact of the statues is that by their sheer weight and size alone they have been unaffected by theft. But the extent of their enormity has only recently come to light to the public. 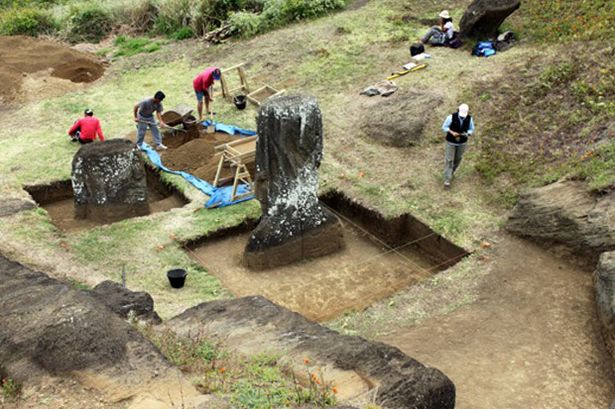 Archeologists have known since 1914 that some of the Moai had bodies, buried deep in the soil, anchoring in the peering heads. 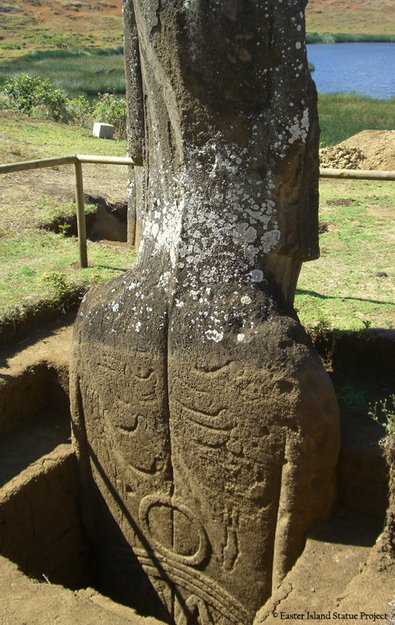 According to Jo Anne Van Tilburg of the Easter Island Statue Project, “There are about 150 statues buried up to the shoulders on the slope of a volcano, and these are the most famous, most beautiful and most photographed of all the Easter Island statues. This suggested to people who had not seen photos of (other unearthed statues) that they are heads only.”

As the archeological excavations began, public interest in the bodies of the Moai spread. It happened so fast that in 2012, the normally quiet website for the Easter Island Statue Project crashed under the unexpected weight of 3 million visitors. 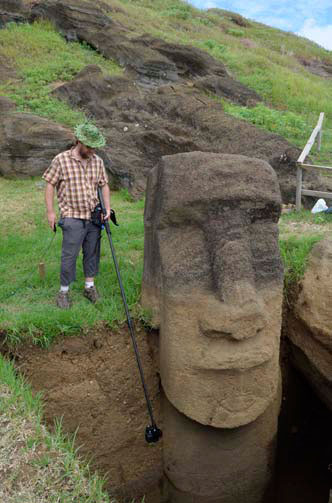 Although they’ve been studied for more than a decade, this excavation is the first that is so easily accessible to the public. 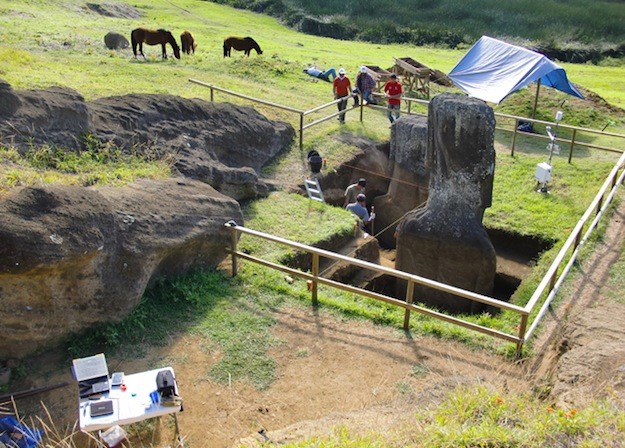 With the uncovering of the bodies of the Moai heads, further petroglyphs have been unveiled, giving a greater backstory to the gigantic statues. 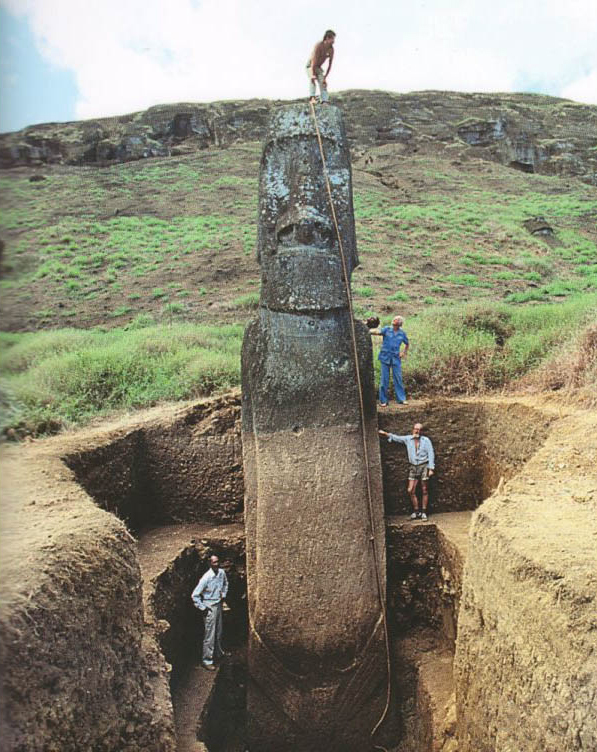 The Rapa Nui island was first visited by Dutch explorers on Easter of 1722. The leader of the expedition, Jacob Roggeveen, gave Rapa Nui its western name. 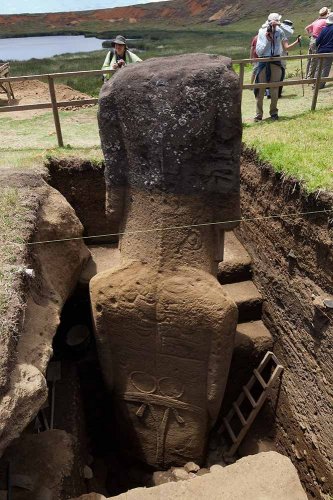