Jeannie Mitchell is a bus driver for the Milwaukee County Transit System, and her recent experience proves just how surreal life as a bus driver can be. She knows who her regular bus patrons are, but when she saw a pair of strangers walking on the sidewalk, she knew there was something very wrong about the situation. 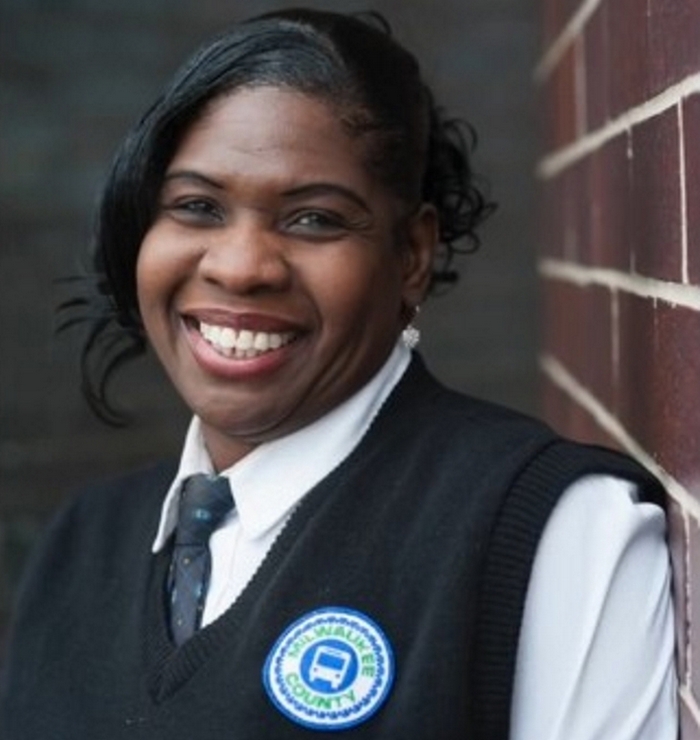 She saw two small children walking down the sidewalk, and they seemed to be all alone. The pair was walking hand in hand, but they looked very frightened! The little boy was barely a year old, and it was a miracle that his “older” sister was able to keep him standing upright.

Her motherly instincts screamed “danger” and she knew she had to act fast! 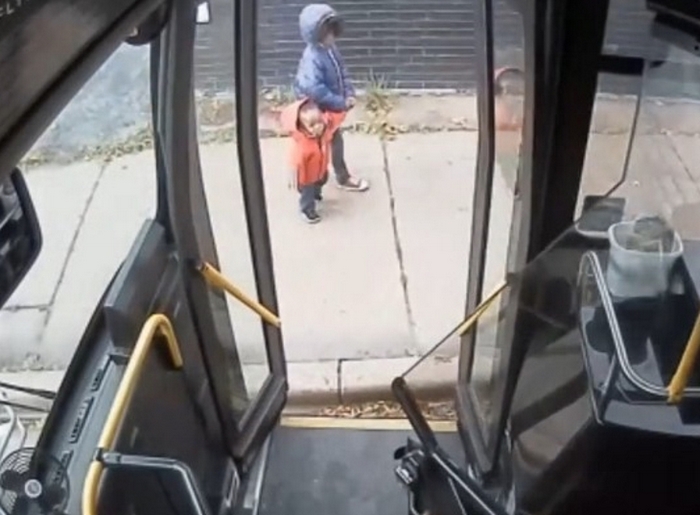 There were no other adults around, and Jeannie knew that there was something more to this story. She immediately stopped the bus, popped opened the door, and asked the little girl if they were lost.

Incredibly, the bus was equipped with a camera system that had sound, so it caught the whole encounter on video!

The concerned bus driver let the “mom” in her take over, and she continued to press the 5-year-old girl for answers. Who were they with, and where did they live? Jeannie hoped they weren’t running away from a dangerous situation.

These precious little darlings were all bundled up in thick jackets to protect them from the cold and rain. How in the world did they come to be by themselves?

Although drivers aren’t supposed to leave the bus unless they’re on a break, Jeannie knew the welfare of these kids was top priority.

To keep the kids safe and warm, Jeannie decided to bring them on board and called the police so they could figure out what was going on. When law enforcement arrived, they discovered that the kids had decided to walk away from their babysitter. It’s not clear why the babysitter wasn’t paying attention!

However, the kids knew that a relative lived nearby, and they were attempting to make their way over there when they got lost. The police were able to get a hold of their worried mom, who was very relieved that Jeannie found them first!

Watch the video below to see how Jeannie reacted when she saw the kids!

Thank goodness this can be seen by all! She’s both a super mom and a super hero!